You Can’t Pick Your Purpose When it Picks You

Pick a color. Pick a date. Pick a card, any card. The mere mention of the word “pick’” used to make me cringe. As an avid writer, filmmaker, stand-up comedienne, and gregarious individual, storytelling is in my nature, but there was one story I was determined never to tell.

I have compulsively picked my skin daily for 27 years.

My body is riddled in scars and sores head-to-toe, and I had absolutely no idea or reason why. My formative years consisted of doing everything I could to keep anyone from looking too closely or asking too many questions. My entire life was affected by the front I put forth to not have to explain what I could not effectively explain: I quit figure skating at a competitive level after I couldn’t pull my tights off without ripping scabs with them, “Leper” and “Polka-dots” were nicknames from bullies, sleepovers only happened with friends who did not make fun of my all black sheets, a high school nurse incorrectly reported me for self-harming, a college counselor thought I was using meth, a health club manager informed me members were uncomfortable in the locker room with me, dating and intimacy were more about hiding than opening up, I’d leave for work only to see my arm had bled through my shirt and go back to change while thinking of a late excuse this time, and the list goes on. This embarrassing existence hampered my self-growth as I defaulted on my rolodex of reasons excusing why my skin looked the way it did: it was chiggers, a rash, bug bites, chicken pox, and so on. My family sent me lab rat like to every professional possible from hypnotists to psychiatrists to dermatologists to witch doctors, tried everything from taping my fingernails to my finger beds to hoping this phase would just pass to timeouts to prayer. But nothing stopped my constant picking. Their good intentioned yet negatively received screams of “Stop Picking Lauren!” only reinforced my disdain for the word “pick”, while assuring me I was behaving badly and existed only as something that needed fixing. 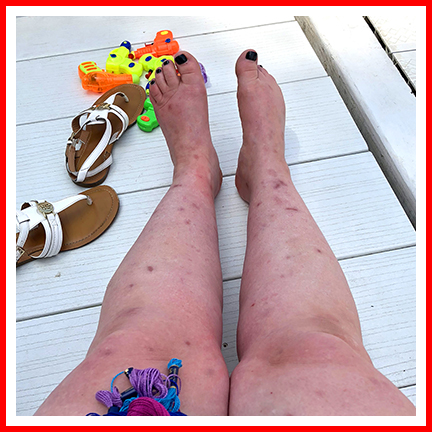 Misdirection became my 2 decade long coping mechanism for my shameful, unstoppable, dirty little secret that not only shaped and defined my skin but crafted a myriad of false interpretations of my own identity.  But with sufficient confidence, and an answer for everything, I really was able to appear fine and flourishing. Yet mastering deflection was not a permanent fix, as it became harder and harder to explain away the 3 hours a day I’d lose to picking, my consistently strained finger tendons, skin tissue damage, hospital stays, and scars. I had no idea why I was doing this, when I would stop, or who I was anymore. And then, the medical world seemed to catch up with me.

Finally, in 2013, thanks to the DSM-5s inclusion of my OCD related Body-Focused Repetitive Behavior, I was diagnosed with Dermatillomania aka Skin Picking Disorder. I was ecstatic! I had a word, a term, a name for it after all these years! I wanted a button and a t-shirt and a certificate all printed with this finally tangible illness on it. I was eager to research everything about it, start some medication, go through the treatment and finally be cured of this controlling behavior. But no. Devastatingly, I learned how misunderstood, underreported and under-diagnosed this mental illness was, as it lacked medical studies, research and funding for treatment, and had no cure. Worse was absorbing the stigma that the name Dermatillomania carried even in the already stigmatized mental health community, rendering it a “bad habit” and not something that was life pervasive nor seriously in need of attention or awareness. I was defeated and wounded all over again.

In 2014, I was hospitalized from picking an area into an abscess for the 6th time except on this visit I contracted the life-taking bacteria MRSA and almost lost my right leg. After having 8 inches of my inner thigh removed, a vacuum placed inside that I wore like a purse 24/7, and put on a walker and into months of physical therapy, I could no longer silently suffer. And in an innocent stranger’s questioning of what had happened to my leg one day, I experienced a new compulsion- to share the truth. And I haven’t shut up since. 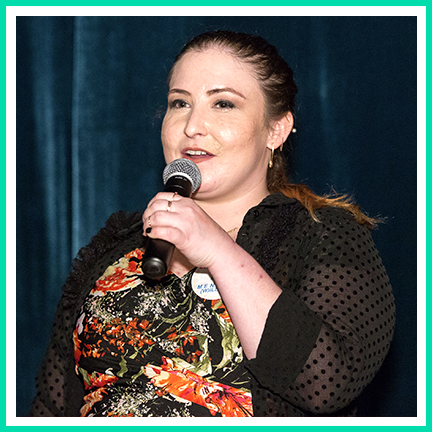 In this new passion of authentically sharing, I got to know myself as a mental health advocate for an underserved community and founded the organization I had always been looking for, my nonprofit, the Picking Me Foundation. Picking Me is dedicated to raising awareness and inspiring acceptance about Dermatillomania for sufferers, supporters, and educational communities alike! We aim to change the connotation of the word “pick”, to help patients and parents understand these behaviors are not their fault and to educate the medical world on the dire advocacy Skin Picking Disorder needs as it affects 3% of the global population.

Even though Picking Me is the only nonprofit of its kind worldwide, which use to be a much more frightening sentence to say, our partnerships with other mental health nonprofits as well as teaming up with the University of Chicago as their local outreach partner for the first ever neuro-mapping research study done on my people, we have made ripples with our initiatives for this deprived community.  Like our Drawing with Derma art therapy program which has connected Dermatillomania sufferers around the world in a digital art gallery offering when it’s hard to talk about this disorder, let’s draw about it. Or our support groups, habit reversal trainings, and our Giving Tuesday fundraiser that met its goal of raising $15,000 to send 750 Dermatologists resource packets on Skin Picking Disorder, since 9/10 Dermatologists are still unfamiliar with this mental illness. Or our Fiddle Pack Project where for every purchased Fiddle Pack -full of fidgets and skin picking disorder info- Picking Me donates one to a day care, Pediatrician, school nurse, health club, Dermatologist, or baby-sitting org to promote finger energy off the body while encouraging community leaders to start conversations about Dermatillomania early on. Or our Picking Me Pledge where we encourage sufferers to share why they are #PickingMe over their Skin Picking to help individuals understand they are more than their disorder. And I’m beyond moved by the participation and feedback so far. 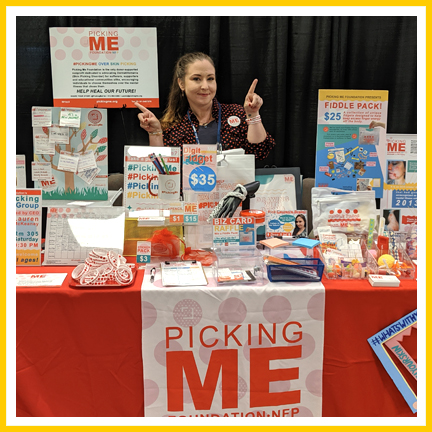 At one of Picking Me’s recent presentations at a mental health conference, a little girl came up to me after I shared my story, her skinny arms and legs polka-dotted in shades of red from picking all too familiar to me. She hugged my hips and started crying about the bullies at school who call her “Gross” and how she just didn’t want to be here anymore. Until she met me. I asked her why, and she told me because I am like a princess. What she saw in me was the self-esteem that it takes to accept and live with a mental illness, that we can turn our anguish into answers, and how helping others choose themselves over the disorder that chose them is the ultimate freedom. She saw that I truly am picking me over my Skin Picking, and the hope it gave her gives me the courage to help heal our future. 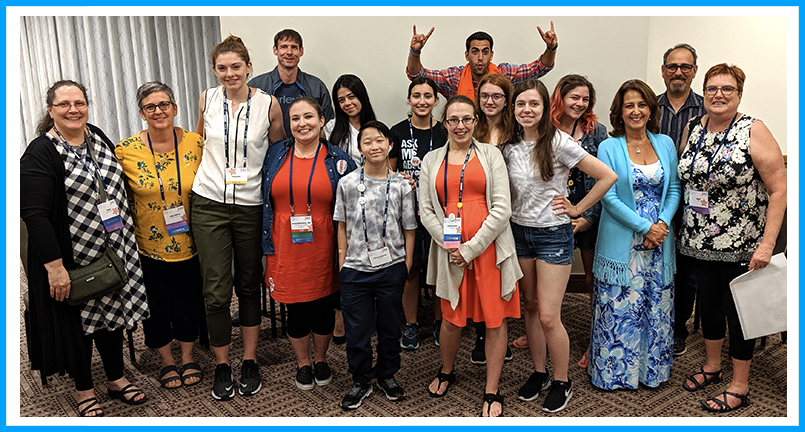 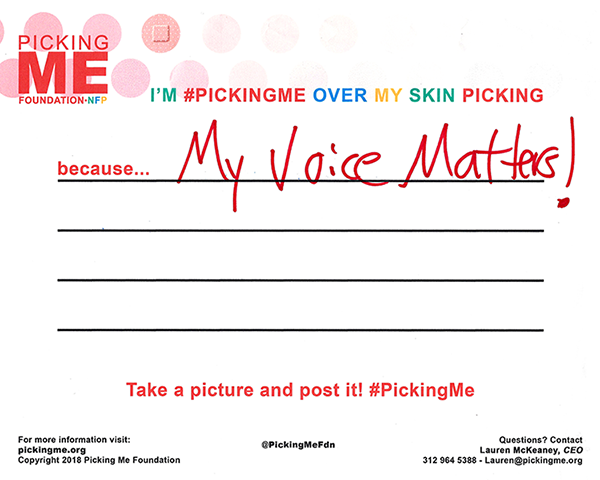