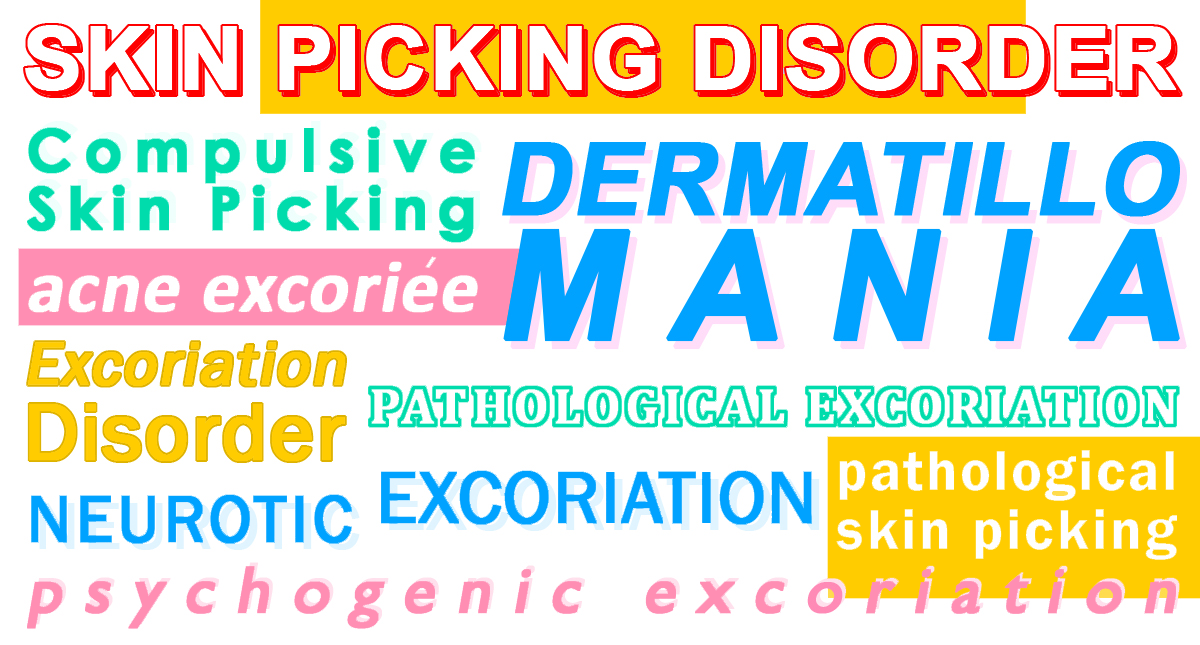 And has only been diagnosable since 2013
It is a BFRB. A BFRB is an OCD Related Disorder.

Dermatillomania aka Skin Picking Disorder is currently classified as an “Obsessive-Compulsive and related disorder” in the Diagnostic and Statistical Manual of Mental Disorders, Fifth Edition (DSM-5). The DSM-V officially lists it as Excoriation Disorder, although it is known by numerous names, which interferes with it's understanding and awareness. As an organization that serves the people, we continue to use the name Dermatillomania and Skin Picking Disorder, to help bridge the gap between medical studies and everyday search-engine fueled information.

The DSM-5 diagnostic criteria include:

What is Skin Picking Disorder?

This mental illness is characterized by the repetitive picking of one’s own skin, which we break down into two main groups: “scanning” and “focused”. Individuals who struggle with Skin Picking Disorder/Excoriation squeeze, pick, touch, rub, scratch, flick, scrape, pop or dig into their skin in an attempt to improve perceived imperfections, often resulting in tissue damage, discoloration, infection, or scarring. Scanning picking is often more mindless with finger energy taking over whereas Focused picking is more often when an individual is fixated on an area, often spending hours picking the spot without realizing.

What is a BFRB?

Skin Picking Disorder/Nodule Excoriee is classified as a Body-Focused Repetitive Behavior (BFRB). BFRB's are self-grooming behaviors in which individuals pull, pick, scrape, or bite their own hair, skin, or nails, resulting in damage to the body. Many people are more familiar with its sister disorder, Trichotillomania - Hair Pulling Disorder.

When is Picking a Problem?

Research indicates that 2%-5% of the population picks their skin to an extent that causes tissues damage and impairs quality of life. This is when human grooming behaviors exist at a compulsive level, creating a level of severity that may be life pervasive.

Learn about Our Founder