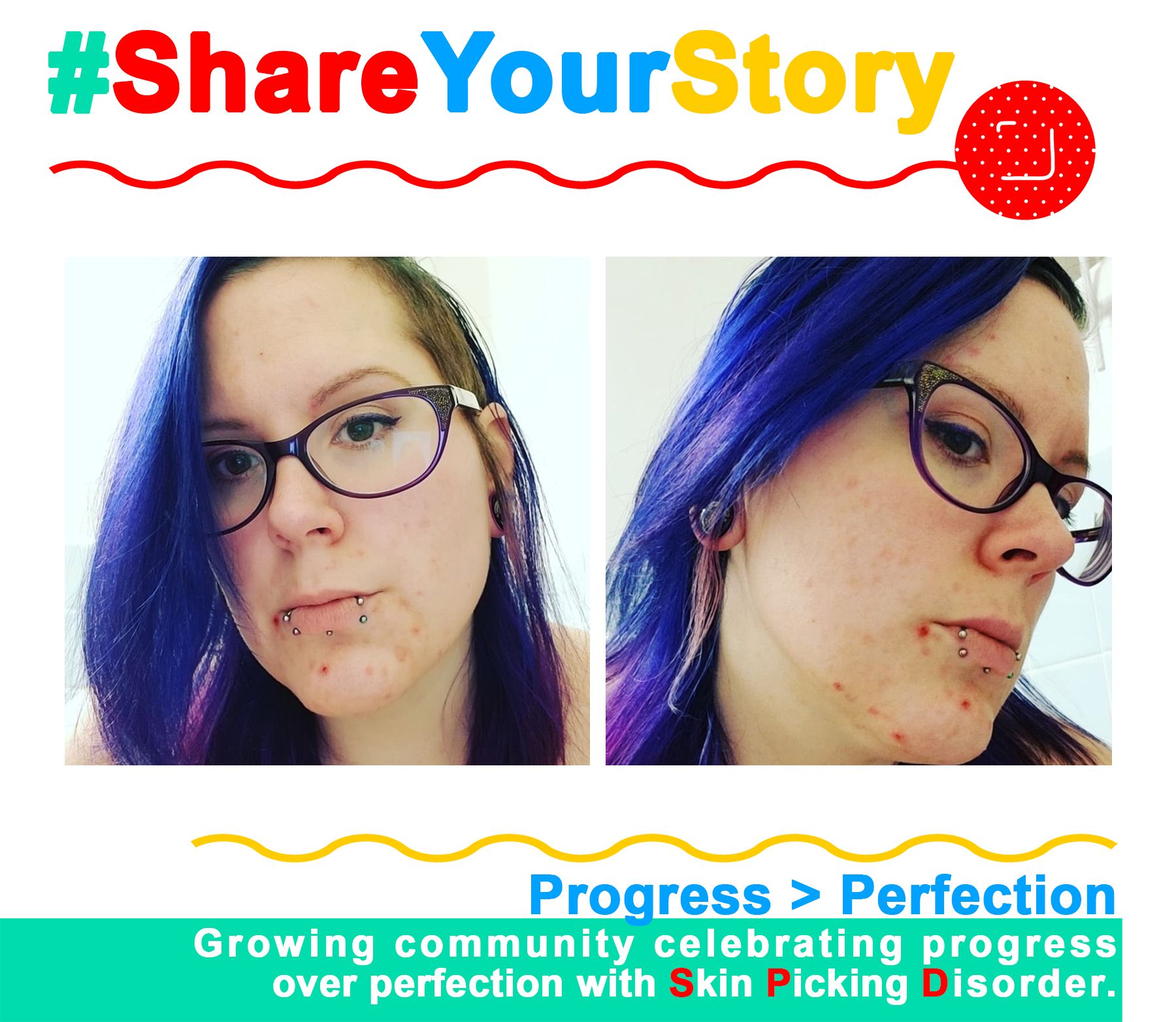 "Vulnerable moment: I have Dermatillomania, a condition that many don't know about. I've ran across several medical professionals that had no idea what it was. Also known as Excoriation or Skin Picking Disorder, is the physical manifestation of a mental disorder. Often times, picking of any kind is a manifestation of an Obssessive Disorder, be it OCD, OCPD, BPD or any other of the many on the list. Most people know about Trichotillomania because it's something that has been talked about in movies, books, on tv, etc. It wasn't until I was 23 that I found out that I wasn't alone in my struggle. There was a name for it. After that, I did lots of research about the disorder, possible causes, treatments and all that jazz. Unfortunately, there really is no "treatment" for Dermatillomania, only mild therapies to help work on whatever obsessive disorder is driving the action. CBT, DBT, even behavioral modification are regularly tried, but show little success.

Everyone suffering from this suffers differently. For me, you can tell when I'm struggling with my OCD because my face gets really bad. In turn, my OCD generally acts up when things in my life feel out of my control. I've been struggling with that a lot lately, and as a result, lately my face has been worse than it's been in a long time. I wish I could explain to you what happens with skin picking for me. It's not a good feeling, it's not a relief, it's simply a expression of my obsessive thought patterns. Sometimes I'm fully aware of what I'm doing but justify it with "oh I'm just going to pop this one pimple..." and it gets out of control. Other times, I don't even realize what I'm doing until I'm bleeding. Either way, it feels like I can't stop myself it sure doesn't make anything better, but God damn if I can stop myself. I'm telling you all this because after years and years of being ashamed, I'm done. Honestly, I've been done with it for awhile now but this is the first time I've really had a chance to show you all the true destruction I cause sometimes. I have way too much that I beat myself up about to let this be one of those things. #PickingMe

I want beautiful skin. I want to not pick. I want to be able to look at myself and feel beautiful, but I can't right now. I hope this resonates with at least one person out there. I hope I can make just one other person know that they aren't alone. You aren't alone."
-Darling Mia Mayhem, NY, @siriuslestrange_stomach

Click here to read more #ShareYourStory's or to submit your own!